After crossing 75 long milestones, I know my only treasure is the memory of my Merryland and Sherwood children of the past and present bestowed upon me by God. For the future, I would like to leave my impressions as I see life and the world today, so that when you grow up, you will carry on your life with true values and pass it on to your children.

Remember dear children, earthly possessions will vanish. All the money and name you gained with pain will be like Alexander
the Great’s empty palm. He conquered nations, but carried nothing when he died. That was the message on his dead palm.

Browse through some of Mrs. George’s poems

Seventy five years now and the dream grows on more real with time! 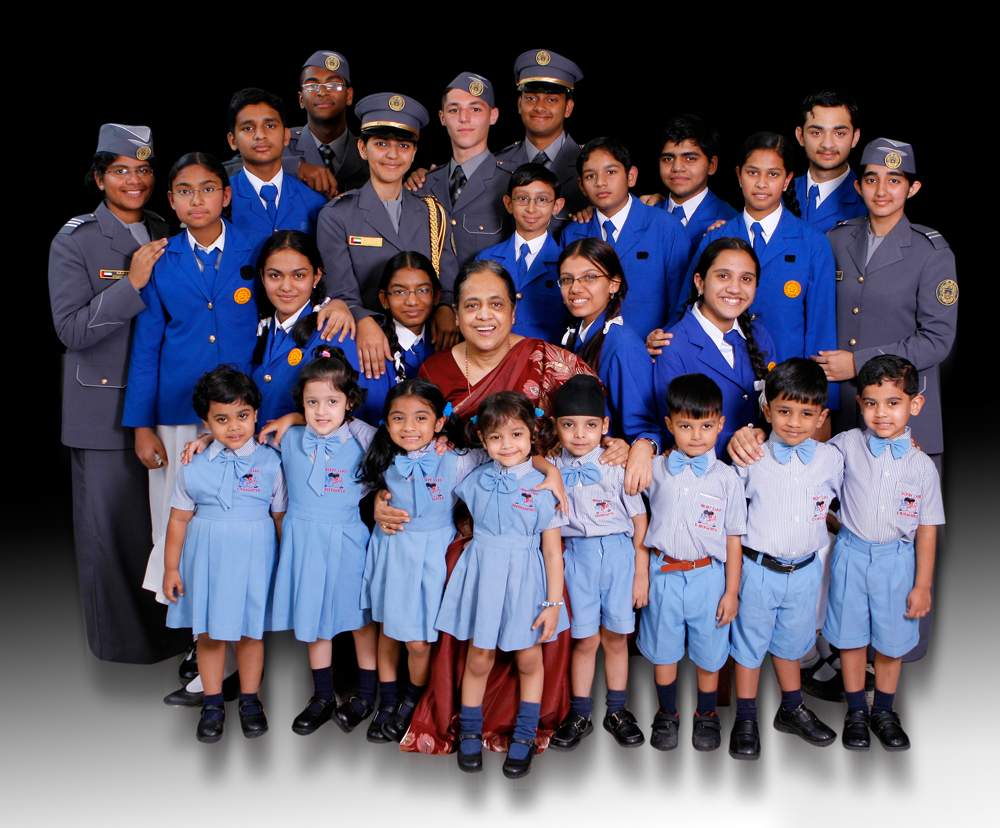 Having worked in a specialised individual soul search method of Dalton with the Indian Government Mission, in the development of tribals in mountain forests and potato fields, raising and training teachers from tribal clans (as our father of nation, Mahatma Gandhi’s basic principles of simple life techniques like gardening, spinning, weaving also with innovation and improvisation of material availability for teaching), I was posted as the program director and project advisor in the teachers’ training institute office in Ootacamund, the hill station of a mountain range in South India.

From the cool 7500 ft. mountain range, emerging into a hot desert life was mind boggling to start with but slowly I saw the big picture of a puzzle God has called me into. When I had my own two children, I could not find a right school to mentor them. I found how badly this region needed a proper school platform that will care to research into a unique plan for children especially from Asia’s rural corners without any idea of a common language – English as a medium of instruction.

Dalton’s plan of individual development was the only answer for the then prevailing situation. These children were lesser than 50 in number in the early Abu Dhabi. They were of different age levels without a formal development of 3’R’s. Reading, wRiting and aRithmetic. Thus in the late 1970s with the Ministry of Education’s permission, I started (differently operated from a mundane school) the Dalton’s school of learning.

Ministry of Education was not yet ready by then to give any land for private school operations. 700 basic learners of many nations were enrolled in a large Bateen villa converted school. This land developed into a private school on a leased land and villa of 5 years in a place called Bateen. Numbers increased and after a frantic search for a bigger land, by late 1980s, opposite a marshy mangrove wood, a lease land was secured. The first purpose built school in Muroor of 45 classes emerged.

A 6 million project turned into a disaster due to Kuwaiti war, Expatriates were on their flee, yet as a lone expat, God encouraged me to stay. His hands sustained me. He who began this work in me, enabled me to complete it. Many nations, apart from Indian students entered this purpose built school building. They had to be segregated into another International Curriculum for their future. Thus in another lease land in Mushref, a 75 classroom 10 million project was raised for IGCSE curriculum. Both these schools, in Muroor CBSE, Indian curriculum and in Mushref, IGCSE International curriculum are built as purpose built schools with the permission of Ministry of Education. But in May 2009, all schools in residential plots called villa schools were announced for an official closure by 2013.

God is good, all His plans are for good. Our Government graciously gave us a land in Mohammed Bin Zayed City. A 180 million project of 100+ class rooms and other well advanced state-of-the-art amenities are raised. We wish we had more land. Yet gratefully the maximum possible facilities are raised to give the utmost best to our children (gifts by our Lord’s hands) simply to fulfil a motto, “changing lives nations wide…”